The classical symptoms of HFA are well-developed verbal skills and vocabulary, but inability to interpret non-verbal cues, such as body language and facial expression. Children and teens with HFA report feeling "awkard" in social situations with their peers. In addition, many individuals with HFA tend to experience high levels of anxiety, fear and tentativeness in approaching new social situations. Some will ruminate or obsess over the meaning of recent interactions with others. Another tendency is to hyperfocus on tasks, which appears to others that the HFA individual has gone "off-line" or has attention deficit disorder (ADD). Oftentimes, HFA kids have been diagnosed with ADD from an early age, but they do not necessarily suffer from those issues. Their anxiety and hyperfocus are causing the appearance of inattentiveness. 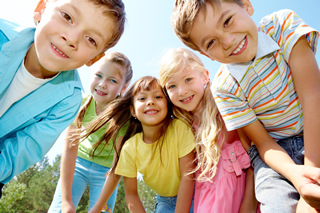 HFA symptoms of hyperfocus, poor social skills and anxiety can be treated effectively to reduce HFA symptoms. The assessment procedure begins with a brain map which identifies the power and frequency of brain activity at each location on the head. The electrical activity of the HFA patient's brain is processed with computer software and compared to the activity of so-called "neurotypical" brains (those people who have no symptoms) of the same age and sex as the patient. Those areas become the focus of treatment in the future. Our goal is to bring about changes in the patient's brain that are more characteristic of the neurotypical brain, without sacrificing the patient's intelligence and high-level verbal skills.

We use videos, video games and music to engage the patient in the neurofeedback learning process. We offer a free 30-min consultation to introduce you and your child to the Neurofeedback diagnostic and training process.